ZHANGJIAKOU, China — Eileen Gu completed her stirring run through the Beijing Olympics, winning two gold medals and a silver in freestyle skiing. The 18-year-old Californian, competing for her mother’s home country, China, has become a global celebrity — a budding model for luxury brands, a ubiquitous spokeswoman in Chinese ads, a darling of a doting state news media and a bit of a controversial figure who has tried to steer clear of geopolitics.

She was the star of freestyle skiing for most of the past two weeks. Gu won gold in dramatic fashion in big air, taking first place on her last run. A week later, she narrowly missed another gold in slopestyle, settling for silver. And on Friday, she concluded with a gold in what she considered her best event: the halfpipe.

Gu took an early lead in the first halfpipe run and topped her own performance in her second effort, leaving her with a score of 95.25 and the gold medal. As expected, a highlight of her winning second run was her first hit on the left wall: a cork 900 with her signature Buick grab, at a staggering height of 13 feet, 9 inches.

Her third run was a pure victory lap, with the second-place finisher, Cassie Sharpe of Canada, already trailing her by four and a half points. Sharpe’s teammate Rachael Karker took the last podium spot. 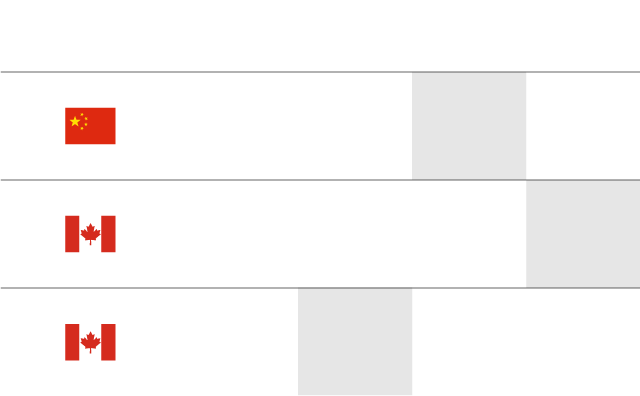 Earlier this week, Gu took silver in the women’s slopestyle skiing competition. After falling during her second run, Gu’s third and final try landed her a spot on the podium with a run that included two 900s and a double cork 1080. She came second behind Mathilde Gremaud of Switzerland.

In the women’s freestyle skiing big air competition, Gu showed dominance on jumps by landing her biggest and highest-scoring trick in her final run: a left double 1620 with a safety grab. This move, which involves four and a half revolutions in the air, was one she had never tried before in competition. Her two best runs put her ahead of Tess Ledeux of France, who took the silver.